Ethical Revolution / We must consume less, and better when we have to

Reaching net zero emissions has become the focal point of government efforts to halt climate and ecological breakdown. It is easy to aim for but much more difficult to deliver – and worse, we may be focusing on the wrong objective. During my past seven years spent as chief scientific adviser at the UK’s environment ministry, it has become clear to me that even if governments succeed in reaching net zero by 2050, it may do nothing significant to halt environmental decline.

To produce goods and services, the global economy needs materials – and that means growing or mining natural resources. Since the industrial revolution, the rate at which we have been using these resources has been increasing, and in the last 15 years this rate has accelerated considerably. As an example, China used 50% more cement between 2011 and 2013 than the US did in the whole of the 20th century.

The second of Newton’s seminal laws of thermodynamics tells us that the outputs of a stable system have to equal its inputs – and the global economy is no exception. Because the economy – and in particular the circular economy – is still growing, the increase in waste lags a little behind the increase in inputs of natural resources. However, retention of materials in the economy is temporary. All materials will eventually exit as waste, whether in minutes or centuries.

Greenhouse gases are among the quickest of the global economy’s waste products to be felt, and eliminating emissions is essential if we are to halt catastrophic global heating. But focusing our efforts on curbing one of the waste outputs without addressing how much we’re putting into the system is like putting a bung in a car’s tail pipe and hoping nothing will go wrong.

Everything we consume needs energy to create, and while we are making progress at reducing the energy costs per unit consumption, current evidence does not indicate that the total energy costs of consumption are declining. Even if the world’s energy demands stay the same, our transition away from fossil fuels will require massive amounts of new renewable infrastructure, which will in turn require vast quantities of raw materials.

Global stocks of most basic resources aren’t low – although sand for construction is already becoming scarce. But when you consider that the projected trend is for energy demand to nearly double by 2050 as developing economies consume more, skyrocketing resource use is likely to become a serious problem. As the most accessible deposits of resources become depleted, the energy and environmental costs of accessing further reserves increase. Eventually, we will be faced with a dangerous excess of new forms of waste, or worse, run out of a crucial building block of the global economy.

If we think that technology can come to the rescue, then we are almost certainly mistaken. Claims about the rapidity with which we can transition away from fossil fuels are exaggerated, and evidence suggests that levels of innovation within advanced economies is declining, in spite of continuous investment in research and development.

Less in, less out

If we continue on our current trajectory, then by 2050 the amount of waste we produce, in all its forms, is likely to be three to four times what we produce now. It’s difficult to say exactly how soon resource use and resulting waste will become a problem with existential implications. But its crucial that we stop treating the planet as a bottomless pool of resources long before that point. We must act now, before the task becomes any harder.

To do this, as a society we must focus not on emissions themselves, but on the root cause behind them – consumption. If we truly want to reduce the damaging waste produced by our global economy, then we need to reduce the amount of materials we put into it.

We need policies that are explicitly designed to reduce demand and build a very different model of economic prosperity. Governments need to pull their three main strings – public investment, regulation and taxation – in concert, and across all departments. That’s a gargantuan task. To oversee such a shift, governments could create a department with the explicit remit of realigning the entrenched economic priorities of all other departments.

At a fundamental level, this means moving away from maximising growth, and incorporating ecological principles into economics. The fact that we can currently exchange non-material wealth – in which growth, mainly driven by the services economy, is potentially limitless – for material wealth is placing unsustainable demands on limited natural resources. Meanwhile, the environmental costs of these resources are usually not accounted for, and natural resources with no commercial value are treated as essentially valueless. Only by addressing these flaws can we redress the imbalance between the short-term value of consuming and the long-term value of safeguarding our environment.

There is no free lunch when it comes to halting climate and environmental breakdown. It is simply not feasible for everybody on the planet to consume at the rate of the average European of North American, and we should not create the expectation that this is possible. Instead, established economic powers and their citizens must drastically reduce the amount they demand of the global economy. If not, our efforts to live in harmony with the natural world will join the waste heap too.

This article is republished from The Conversation under a Creative Commons license. Read the original article. 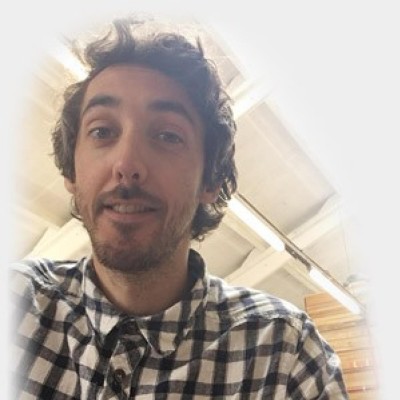 I’m cycling across the UK to raise money for Campaign Against Climate Change
-> Please click here and lend me your support! <-
Learn more
This is default text for notification bar
Learn more