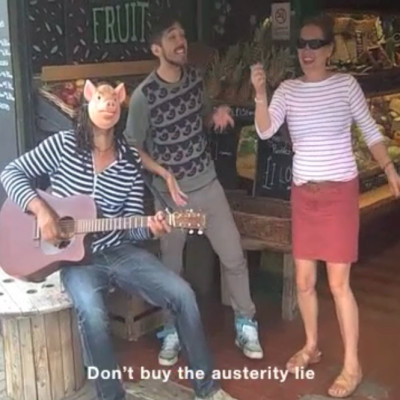 Here are 6 points that suggest that austerity is an ideological choice:

1. George Osborne is selling RBS back to private hands for £12-£13bn less than we, the tax payer, bailed it out for. -The same amount that the cuts confirmed in the budget on July 8th 2015 amount to. (http://action.sumofus.org/a/rbs-sell-off/)

2. Corporate welfare (subsidies and grants to the likes of Amazon UK, Tesco, Disney, Dell etc. (many of whom dodge tax)) amounts to £85bn per year. Just a fraction of that cut would mean no need to cut public services. This is according to a report by Kevin Farnsworth (http://www.renewal.org.uk/articles/the-british-corporate-welfare-state/). Also see https://www.youtube.com/watch?v=EuZith8Oodg.
UPDATE: The Guardian analysis estimates the figure to be £93bn per year and says that this is a conservative estimate. (http://www.theguardian.com/politics/2015/jul/07/corporate-welfare-a-93bn-handshake). That equates to each UK household giving £3500 a year to subsidise these corporations. Is it any wonder they can sell things so ‘cheap’?

3. Quantitative easing in the UK amounted to £375bn (https://en.wikipedia.org/wiki/Quantitative_easing#United_Kingdom). -That’s basically money printed out of thin air and given to the banks.

5. £26.7bn per year of tax payer’s money goes in to the pockets of private landlords via housing benefits and tax reliefs (http://www.landlordexpert.co.uk/2015/02/uk-landlords-get-nearly-27-billion-from-taxpayers/).

6. There is a £119bn tax gap. This is money lost due to tax debt non-collection, tax avoidance and tax evasion (http://www.taxresearch.org.uk/Documents/PCSTaxGap2014.pdf). Just 10% of that collected would be equal to the welfare cuts confirmed in the July 8th ’emergency’ budget.

The video below is best viewed with subtitles switched ON…
https://www.youtube.com/watch?v=o3AmzyjoH7s

Did you like this?
Tip Sam with Bitcoin
Donate via Installed Wallet 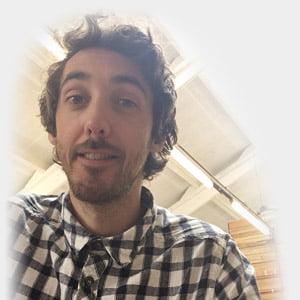 I promote offers from ethical sources, helping you to save money when shopping with a conscience. Come on in and join the ethical revolution! -Sign up to my newsletter to receive 2 emails per month containing the best ethical discounts.

Some of the links on this site are what's known as affiliate links. Please see the penultimate paragraph on my about page to learn more.
View all posts by Sam →

One Response to “Austerity Lie?”